Against Tyranny: an urgent review of Timothy Snyder’s On Tyranny

Timothy Snyder thinks that the election of Donald Trump as president of the United States in 2016 is a political catastrophe, and that its implications are as dire to the American Republic as the election in 1933 of Adolf Hitler turned out to be to Germany, the nations of Europe, and eventually the rest of the world. He has therefore written a book of twenty parts, each of varying length albeit all relatively brief, as a manual for the avoidance of political tyranny—and not incidentally the kinds of tyranny that he clearly believes that Trump is capable of perpetrating as president of the United States.

So, who, you might be thinking, is Timothy Snyder, and why should we take his word on anything, let alone what may be the global political future?

His publisher’s biography tells us that he is “the Levin Professor of History at Yale University”…and that he is “a member of the Committee on Conscience of the United States Holocaust Memorial Museum and a permanent fellow of the Institute for Human Sciences in Vienna.” His academic credentials, in other words, are impeccable. But there’s more. He’s the author of three major historical studies of Eastern Europe, The Reconstruction of Nations: Poland, Ukraine, Lithuania, Belarus, 1569-1999 (Yale University Press, 2003); Bloodlands: Europe Between Hitler and Stalin (Basic Books, 2010); Black Earth: The Holocaust as History and Warning (Penguin, 2015). 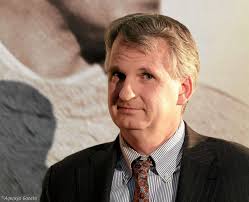 The books I’ve listed are not dispassionate academic evaluations of an historical period, location and/or subject by a professional historian—trees, as it were, in a forest of academic trees. Each of Snyder’s major histories is, in my opinion, the definitive history of its subject. They have this status because Snyder is a brilliant historian and intellectual and he is a gifted writer. Snyder is also the only Western historian to have fully utilized the opening of the Soviet archives to fill the thousands of blanks in the history of Eastern Europe caused by previous Soviet secrecy and the chronic intellectual distortions perpetrated by that system, and by the peculiarly virulent nationalisms that pervade Eastern Europe. To suggest that Snyder is unique among his colleagues is not to diminish either the skill or integrity of those other historians. It speaks, rather, to Snyder’s capacity for gruelling intellectual labour, and perhaps, to his genius as a writer.

The Reconstruction of Nations, along with clarifying the confusing pre-twentieth century history of Poland, gives the first account of Poland’s twentieth century relations with its Ukrainian, Lithuanian and Belarusian internal minorities and cross-border neighbours that makes sense. Bloodlands shows, for the first time the degree of collusion—in methods of oppression and ultimate purpose—between Nazi Germany and the Stalinist Soviet Union between 1937 and 1941 in the deliberate destruction of the Polish state and other civil and legal apparatuses in Eastern Europe and then gives a clear account of what occurred in the region between the 1941 German invasion of the Soviet Union and 1946 that isn’t distorted by the enormity of the Holocaust but doesn’t minimize it, either. 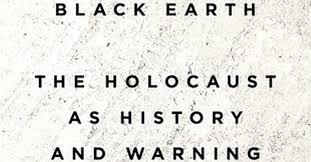 The Holocaust is the next subject he took on with the publication, five years later, of Black Earth. That study gives the most thorough account of the Holocaust to date, and the first that makes the logistics of its perpetration clear. It is also the most political of Snyder’s books, as suggested by the subtitle, The Holocaust as History and Warning. Snyder recognized, as his research mounted, that both the Soviets and Nazis carried on similar programs of civil destruction in the areas they occupied after the Molotov-Ribbentrop Pact signing and the joint invasion of Poland. Both regimes deliberately dismantled or obliterated all the key state institutions in Poland, Lithuania and the Baltic countries. Similarly, German actions inside the Ukraine and Belarus in the wake of the invasion of the Soviet Union in 1941 specifically targeted the civil and state institutions of those areas. The resulting condition of civil and legal chaos made it easier to accomplish the persecution, sequestering and subsequent murder of the Jewish populations, and infinitely easier to get demoralized—and morally liberated—local populations to do a substantial part of the killing. In those parts of Europe where the state apparatuses had ceased to function, the percentage of Jews who died was usually at or above 90 percent. In Germany itself, in France and other mainly Western European countries where the state apparatuses and institutions, however compromised, continued to operate, the percentages of Jews the Nazis were able to murder were usually less than 40 percent. The “warning” Snyder makes is to point to recent political movements in the United States and Europe aimed at undermining or radically curtailing the role of the state in civil and political life. He believes that those fundamentalist movements have become politically mainstream with the election of Donald Trump, and that their intentions lead to totalitarian tyranny.

Among Snyder’s other accomplishments is this frankly heroic one: Thinking the Twentieth Century 2012).   It’s the collaboration he made with Tony Judt while Judt was dying of ALS. At the time, Judt had been the unofficial but widely accepted “Most Competent English Language Public Intellectual” for at least a decade, and the fact that he choose Snyder as his collaborator (and technology-aided Boswell) in his final if not quite summary book, is endorsement of the highest order. What I’m suggesting, if you haven’t read it between the lines, is that Timothy Snyder has inherited Judt’s job.

On Tyranny is at once a polemic and a manual, and its subtitle, Twenty Lessons From the Twentieth Century, doesn’t quite capture its tone, which is more urgent than pedagogical. Snyder clearly thinks that Trump’s clownish behaviour belies the seriousness of both his political intentions and the threat to American democracy they pose. That he draws, over and over, convincing parallels between Trump’s ascent to the presidency and the political methods he employed to get there and those of Adolf Hitler during his rise to power and in the immediate aftermath of his election in 1933 is a testament to his seriousness. The depth of Snyder’s understanding of Nazi methods and intentions alone suggests that we should take what he tells us seriously. A lesser mind would simply wave his arms in the reader’s face, profess to be shocked and appalled—and pile on more of the intellectual hysteria that is all most media analysts have so far offered in response to Trump’s slue-footed occupation of the White House. Instead, Snyder has built an admonitory manual for protecting the political rights and intellectual freedoms he sees Trump threatening.

One of his entries, for instance, suggests that we can protect our political liberties by deliberately and carefully establishing and maintaining a private life, pointing out that Hannah Arendt’s definition of totalitarianism wasn’t the imposition of “an all-powerful state but the erasure of the difference between private and public life.” He suggests we be more thorough in scrubbing our computers of malware, that we recognize that e-mail is now a form of broadcasting, and that generally, we exercise more awareness of where we are in the electronic universe and how vulnerable we’ve become to poisoned information. Using the hacking of Hilary Clinton’s emails and the fact that it might have, almost by itself, enabled the election of Donald Trump, he points to the casual way Americans have accepted the tactical violation of electronic privacy by government agencies: “We are free,” he writes, “only insofar as we exercise control over what people know about us, and in what circumstances they come to know it.”

I’d offer more examples of why you should buy and read this book, but I risk losing the subtlety and urgency of Snyder’s arguments without copying his entire text—he’s that good a writer and thinker. So I’ll just suggest, as strongly as I can, that you buy the book, and that you read it with care.